The supply teacher stood up in front of the class. Ruffled, visibly. Eugenie longed to be romping through Cider With Rosie with the year nines but there she was. Stuck. In year seven english and they just kept getting it wrong. Punctuation. Prepositions. Possessive nouns. They’d gone through the exercises in the text book and they’d filled in the blanks on the whiteboard and she’d pinned up reminders of what ‘it’s’ and ‘its’ were for and examples of when to use ‘their’ and when to use ‘there’.

And they worked, for a lesson, but somehow the knowledge just kept on falling out of their brains over and over. Pushed out by jumbles of text messages and alphabet spaghetti. Or all that trash they watched on telly. There had to be another way to imprint the material so these kids could remember. She could tell that a good handful of the class would never be lovers of books, but they seemed interested in comics and computer games. Was it because they were visual learners?

Her train of thought was interrupted by a squeal and a crash. Right-hand back corner. Tall, blonde-haired girl (Imogen) shrieking with terror. Two pug-faced boys cackling. Lunchbox dropped heavily on the floor. Eugenie knew the twins from last term and she was wary. ‘Luke and Tom,’ she barked. ‘What on earth is in that lunchbox?’

‘Then why did Imogen drop it like that? Bring it here?’

‘Why on earth would you bring this to school?’ asked the astounded teacher.

‘Bury them in the flowerbed, miss. No garden at ours, see.’

Eugenie paused. ‘Do it now, wash your hands and apologise to Imogen.’

The boys came back in and sat down. ‘Not so fast,’ countered the teacher. ‘Come here.’

‘Draw them. The dead hamsters. Do it.’

‘Now write: “Alas, the dead hamsters were theirs.” Think about it – they belonged to them, to Luke and Tom. Theirs.‘

They wrote. Eugenie was surprised to see Luke spell the the sentence correctly.

‘Now sit down. And everybody: copy the picture and sentence into your spelling books. Do it now.’

They did. And when Eugenie tested the class on her return the next half-term, she was delighted to find that most of them had remembered. Maybe there was something in this visual learning thing after all.

Are you a teacher or a coach and find yourself wishing you had access to more visuals to explain your material? Or are you a creative who brings others’ ideas to life? What difference do you think it makes? And what about you; visual or aural learner? 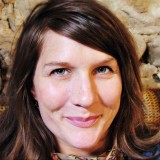